There is no getting around it, making a family and supporting it is expensive.  More so than I ever imagined actually, made a bit more difficult by me pretty much paying for everything.  A lot of that approach was expected, it is generally the man of the house who provides.  And I did provide, but the demands of life and constant unexpected bills assisted with the debt build up.

As the debt built, the more I hid it.  I say hid it, I was actually paying it off but it led to less and less spare money to play with.  My wife noticed this lack of funds, generally as I couldn’t get things when they were wanted (which was asap in most cases) and I had no real answers to where the money was.   Sadly, we never got around to speaking about it as she had moved on to the affair, claiming the money worries were a catalyst.  I dispute this, any normal couple would speak about it, not start an affair but I digress.

My children are close in age, having two in nursery at the same time, then in school is hard.  Both require the same things, from clothes to toys.  Holidays are expected, but these are such a ridiculous amount of money outside school terms that I could only manage one.  And, if you readers will recall, I was self-employed so if I went away, I didn’t get paid!  Oh the Catch22, you take a break to forget the money worries but actually create a worse one!  What I did, if a tip was needed was book it on week 5 of a 5 week pay month, so in effect I only got 4 week pay cheques each month.  The point of the 3 (average) 5 week pay days a year is it gives you additional funds to pay something off.  However, I never saw the benefit.

I guess you want your partner, and children, to see you as a hero and a success.  I did manage to provide everything but suffered myself, there were some weeks when I worked away I survived on beans on toast and Chipsticks each day so there was money in the account at home.  I just needed money for fuel.  I took that hit because I was too ashamed to admit the HMRC debt and spiralling credit card debt.

Here is a real shocker, in the time of the marriage I actually paid off my wife’s credit cards!!!  You see, it is all part of the front I am afraid.  You try and do things for people, to appear normal, but in reality you are in massive trouble.  I carried on paying everything because I thought she would leave out of shame, but as it pans out she left anyway hence it irritates me that I was so affluent to keep her happy and content.

The divorce added to the debt, but not directly.  I was quoted £1500, but my ex wife delayed it so much it cost £4500.  Now you can’t buy a divorce on credit now can you so I had to somehow free up that money from my pay.  How I could have put that money to better use though, at least one loan would be cleared.

There is a silver lining here, I never missed a mortgage payment or bill.  Even if it meant selling my things or super scrimping, I paid everything.  I paid everything except the actual debt.  Like I said, the façade continues.

I also have my children, even if I have nothing I am a father.  Debt or no debt, that still makes me a rich man.

So, as the blog progresses we will move through the stages of the debt increase and the marriage failure.  But, there is still a time in any story where you hold your hands up and say “Yep, I made some blunders, and some were real belters”  This, my friends, is that time, and it is being done early!

Do you know what statement I hate?  apart from my bank statement obviously…this one – “with hindsight you wouldn’t have made those decisions”.  Well obviously…

So, I would like to state decisions I think were poorly made, that have ultimately contributed to this ongoing nightmare.

1. Taking on my own accounts

now, I will take the blame for this BUT not 100%.  The error here was the speed I did not employ an accountant (although that also backfired a little, we will discuss this later in a different post).  When I went self employed it was not by choice, it was the first decent role that came up in IT in 2004.  It happened to be contracting, and it went very well as I was placed there by an umbrella company.   I got a few new contracts and was earning excellent money, and then agencies and employers didn’t want to use Umbrella Companies any more.  So, instead of getting an accountant I thought I could do it myself, despite having no qualifications at all and failing GCSE maths, twice, with a D.  By the time I realised I hadn’t left enough in the account for different bills, I was already in trouble.

so, my luck with cars is appalling.  I am on car number 28 now, they either die or get written off.   I needed a new car one year but couldn’t afford one, then I found out about cat c and cat d cars!  Well….my eyes opened.  I could get newer cars with ‘minimal damage’.  My plan, to buy one of these for very little and pay for the repair, giving me a saucy new car for 50% under the price.  There are two flaws, 1) it costs more than you think to repair* and 2) you can’t sell it on afterwards.  It would have been cheaper to get a finance agreement, the interest would have been higher but in the long run it would have cost less.

My wife had an affair with the family mechanic, quite when it started is still up for debate.  However, there came a point where my car would break down every month, or when I picked it up it had to go straight back in. After a while, my wife was taking the money straight to him and picking up/dropping off the cars.  You can see the picture can’t you?  I should have worked that one out a while ago.  Why the mistake here, well I suspect some of the repairs were not necessary or created for me to return (or her to return) and the bigger one, and a brilliant piece of advice I got but ignored “a shoulder to cry on becomes a c0ck to ride on”.  It appears that is the case.  Number 2 and 3 link to debt and divorce.

It was a gamble, based on prior history.  But, I did love her so I can’t say it was a total mistake, more of a gamble I lost.  The mistake here was the wedding cost 28K.  Yes, that was not a typo, it was 28K.   I could cover a lot of it, but this is when I started using my overdraft.  I am still in it 5 years later.

On paper,brilliant.   week off every 3 weeks, nights, days etc.  The summary, more time at home with my family.  The drawback, you miss half the month and you get half the pay.  I can directly link some of my first major missed HMRC payments to taking a contract shift role.

So there you go, probably made other poor decisions.  But these 5 are my main ones. 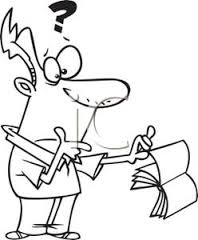 This will prompt some sneers, “surely this man knows how he got into this hole?”.  Well…partly, genuinely I know some of the history and can see some of the origin of the mountain.  But, equally genuinely, I didn’t see the rest coming…

My first debt is the obvious one, credit cards!  Everyone had credit cards, they were easy to get, and paying the minimum off each month seemed ‘logical’.  I had 2, I still have 2!   The problem is, once you have a credit card you are always behind with money.  You’ve already spent it, but you don’t want to pay it all off or it eats into your pay.  Very immature outlook, but too late to moan about it now, I will just use the experience to discourage my children from having them.

So here is some irony, between 2000 and 2008 I had 3 large bank loans, 2 to buy a car and 1 for a house extension.  I say large, two were under 3k and 1 was 9.5k.  Why the irony, well I not only paid them off, I paid them off early!   Can I get a loan nowadays, nope, not even £500!   I think the loans were a challenge and pride for me, I wanted to pay them off.  I don’t know why I viewed the credit cards differently, probably because they were so flexible.  The loan was a set amount and you HAD to pay it.  And I did.

My debt has built up through 4 reasons:

The second debt was HMRC, we will explore this many many times.  Built up through inexperience on my part as someone who was self employed, some honest mistakes, some errors from an accountant and some errors from the HMRC.  Either way, it has been left to me.

The third debt, it’s to people I know.  Cue the horrified looks, but these people helped me.   I am still paying them back and they are my priority.  What it showed here was faith.  You see, you are desperate, you try the bank and other lending entities.  You outline your problem, and how you can pay it back.  I think they are already writing NO on the form when you walk through the door.

I will explore each of the 4 reasons above fully in the weeks to come. 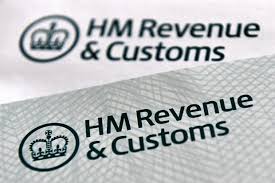 Ah the HMRC, the most unsympathetic entity in existence.  “Having issues sir?”, “can’t pay on time sir” etc.  Oh we understand, but here is a 10-15% fine just to say we understand.   So take your late payment, and add your fine, then your daily interest and so your debt begins.

Can’t pay on time must of been my fault you say?  and people have said that, however…remember life doesn’t run easily, sometimes things happen externally.   Don’t be too quick to judge me, I have paid back an enormously large amount of money but will I ever catch up?  Yes…but I have had to drastically change my job and life.

The moral here, never ever build up a debt with HMRC, as it suddenly spirals out of control.

We will explore further the debt, and how it links in to being a single parent.  The struggle, and the opinions of different people.

Why did I start this blog?

well…this is not where my life is meant to be.  Divorced and hopelessly drowning in debt.  How did this happen?, well I will explain over the coming time we have together.  The divorce is probably irrelevant but how my debt built up isn’t. These are my (futile) attempts to clear it, and the numerous close shaves with bankruptcy.  Which may still happen by the way.

I will not give my name, so let’s go with Mr Unhappy.

How did I end up in this mess?